CRYOTHERAPY: THEN AND NOW

Starting as early as the 1970s, physiologists have studied the effects of applying ice to the body after exercise for various benefits including, but not limited, to anti-inflammation, pain reduction, muscular strength gains, and anti-fatigue. Applying ice packs to body parts and, in some cases, fully or partially submerging the body in an ice bath has been a common part of post-training rituals for athletes for decades. But, does it really work?
In a 2012 systemic review the results were inconclusive. Several of the studies were poorly implemented with no controls or small populations. Some didn’t look at the necessary markers in the blood that would indicate a reduction in inflammatory agents. What they did show was that most of them reduced pain. While this could be a short-term fix and may be important if looking to perform again immediately, pain reduction is only a minor byproduct of icing when the main benefit claimed is anti-inflammation.

In 2013, Dain LaRoche, an exercise physiologist from The University of New Hampshire published a study that found no difference in soreness or strength between runners who iced and didn’t ice after a workout, though it did find a slight drop in inflammation markers in those who used ice therapy.
Those results suggest that icing hampers and impedes the body’s own ability to repair and strengthen the tiny micro tears that happen in muscle tissues during intense exercise. “People who ice themselves after every run could be blocking inflammation that leads to adaptation,” LaRoche says. “There’s no evidence to support icing being beneficial, and it could, in fact, be detrimental.”

If we continue in the literature, in 2014, we even find an odd study out of Australia that even showed somewhat of a placebo effect when a group of the 30 participants were told that the room temperature bath contained a healing soap that would help in recovery. That group reported less soreness (although not measured with inflammatory markers) and scored better on a strength test.

That kind of placebo effect seen in the Australia study is one reason why physiologists think the more modern and trendy approach of full or whole-body cryotherapy works.

The costs of the units are tens of thousands of dollars and owners charge anywhere from $35-$100 a session for 3-4 minutes in the cold. Afterward, most clinics encourage their clients to jump in an infrared sauna or do about 5 minutes of cardio to get their body temperatures back to normal.

Cryotherapy tanks are popping up all over the place. If I had a dollar every time a company called me to sell their tank or chamber and offered a “turnkey profit generating” plan to recuperate the costs, I think that alone could pay off the steep cost of these units. The tricky part is when I asked them to produce literature supporting their claims. Not anecdotal reports from NBA or NFL players or their own internal studies, but actual peer-reviewed journal studies that showed or proved its effectiveness, they were speechless.

The cryotherapy craze of recent times even invoked the response of our own Food and Drug Administration. In 2016, Aron Yustein, M.D., of the FDA said, “We found very little evidence about its safety or effectiveness in treating the conditions for which it is being promoted.”

As a treating physical therapist, sports specialist, and endurance athlete myself, my suggestions are these: localized icing of joints, especially following surgeries and injuries, help reduce pain and may get you moving faster. But, if you are looking for a cryotherapy chamber or tank to help you recover and gain strength faster, save your money and look elsewhere. The more I read about inflammation, the more I see that cold may actually interfere with the body’s own inflammatory process that aids in healing and recovery. Joseph Costello, an exercise physiologist at the University of Portsmouth in the United Kingdom puts it best, “The human body is more intelligent than an ice pack.” 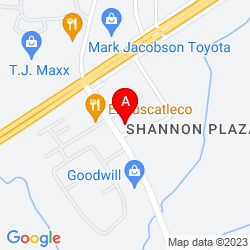